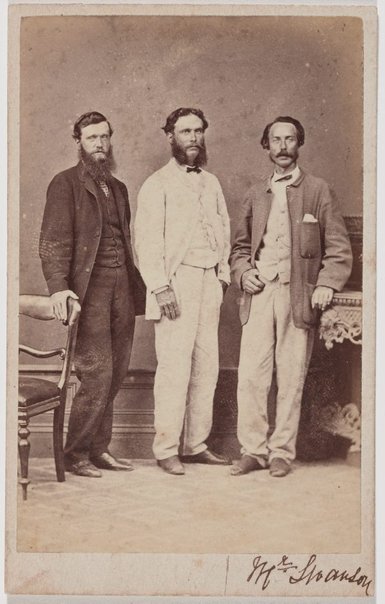 Thomas Glaister was a professional photographer renowned for expensive, high quality ambrotypes and paper photographs. Born in the USA, Glaister worked for the Meade Brother’s photographic studio in New York from about 1850 to 1854, when he arrived in Australia. After spending a year in Melbourne he moved to Sydney, establishing his own studio, the American Australian Portrait Gallery, in April 1855, and a second branch in Brisbane, which was managed by John Watson. Glaister advertised his firm as an expensive, quality outfit that produced images resistant to fading (a considerable problem in the 1850s and 60s). His studio was admired for the cosmopolitan images of Paris and Rome hung on its walls, and he made sure that patrons were prepared for their visit by dressing appropriately for the camera. Glaister kept abreast of international developments in the medium and his photographs were celebrated for their technical sophistication and style. He was the undisputed master of the ambrotype process; his images exhibited a subtlety of colouring and greater informality and expressiveness, thanks in part to the shorter exposure times. In 1870 his Pitt Street studio was entirely destroyed by a fire and he presumably returned to the United States.