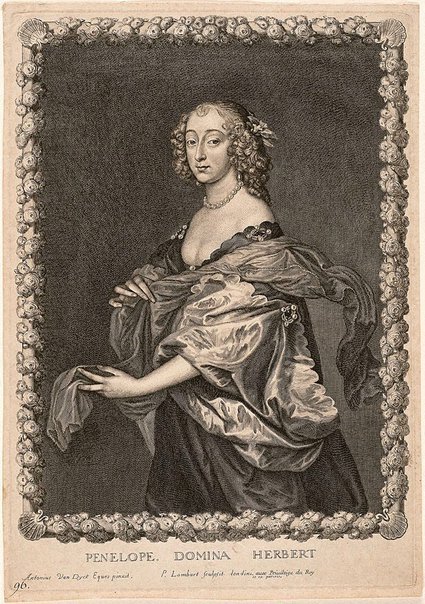 Lombart was a French engraver who worked in London throughout the years of the Interregnum (the period between the execution of Charles I and the restoration of Charles II). This print is part of a series of portraits after van Dyck, known as the 'Countesses'. All twelve plates are the same size and show three-quarter-length figures in engraved borders that imitate frames of the period. The series was highly influential and set the pattern for later sets of female beauties.

Browse other works by after Sir Anthony van Dyck