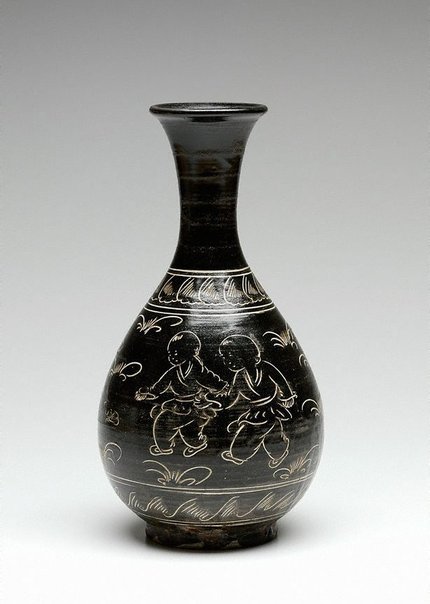 This lovely bottle-shaped vase, known as a 'yuhuchun ping', belongs to a group of black-glazed stoneware - the output of the Henan kilns that produced various types of Cizhou wares. The 'sgraffito' technique is used with a most arresting result: it is covered with a thin black glaze all over upon a white slip, stopping on the stout foot-ring in an irregular line, revealing a grey body. The vivid drawing is then incised on the black glaze surface, exposing the white ground in quick decisive carved lines. As is frequently seen in ceramic decoration of the Cizhou type, the composition here is done with great flair and movement. It depicts three boys playing football amidst the grasses: one child runs ahead chasing after a ball while turning back to communicate with the other two boys running after him. A flying butterfly between them further animates the scene.

Vase with incised design of children playing amidst grasses

Browse other works by Cizhou ware 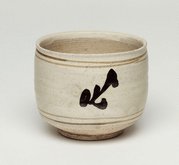 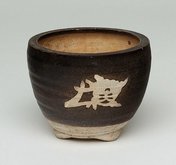 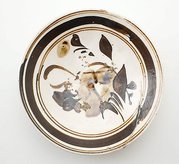 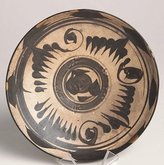 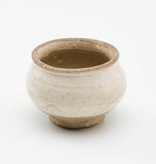