Water dropper moulded in the shape of a fish 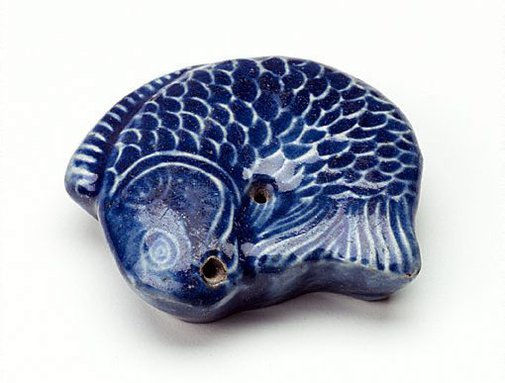 The simple waterdropper, essential to calligraphy writing and painting, is a form the Korean potters made their own. An amazing varied number of designs and forms were produced, from small pieces such as these to those requiring two hands to lift. Confucianism was the official state doctrine in the Choson dynasty, resulting in an educated class of scholars, known as 'sonbi', who did not yet hold official positions. Waterdroppers such as these were an essential accoutrement of 'sonbi' culture.

Water dropper moulded in the shape of a fish