Self portrait, the executioner 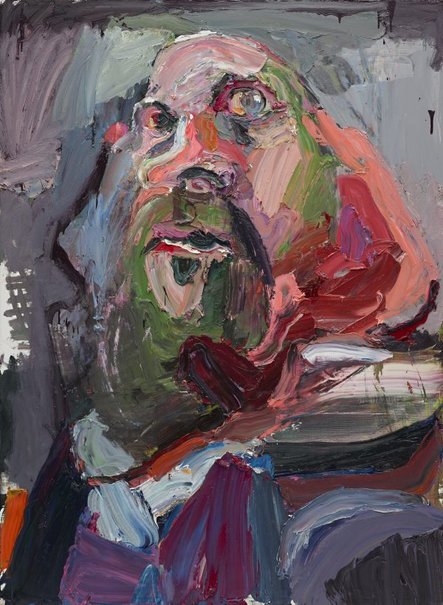 Portraiture has been a core part of Ben Quilty's painting practice for many years. Initial explorations of masculinity through painting his mates and self-portraits led to his powerful and psychologically incisive paintings of Australian soldiers who served in Afghanistan. These are some of the most remarkable art works to have been made in response to this conflict. Quilty's ability as a portraitist was recognised when he was awarded the Archibald Prize in 2011 for his portrait of friend, fellow artists and mentor, Margaret Olley.

'Self portrait - the executioner' 2015 was painted by Quilty the day after the convicted Australian drug smugglers Andrew Chan and Myuran Sukumaran were executed by firing squad in Indonesia on 29 April 2015. Quilty was a prominent campaigner for clemency for the two, and did much to bring their case to the public attention in Australia, advocating forcefully and effectively for their recognition as Australians who had broken the law, been imprisoned and were now rehabilitated. Quilty had travelled to the jail in Bali where they were held and tutored Sukumaran in painting, subsequently developing a close friendship over a four year period and had visited him weekly for the last month before the execution.

The thick viscous paint and distorted features in the portrait convey something of the deep distress Quilty experienced when Chan and Sukumaran were executed. It was a distress shared by many Australians who felt that the prisoner's obvious regret for their actions and their substantial contribution to prison life clearly showed that they were paying for their crimes and had much to contribute to society now. Quilty in his portrait seems to reel back from the events, marking his deeply personal response to their deaths, a sense of failure in not being able to change the outcome for these young men, and perhaps also the need to regain himself now that everything that could be done was done. The title 'Self portrait - the executioner' conveys how we are all implicated in such moments where public, personal and political events collide with consequences which affect intensely the individuals and their families involved, but also all of us more who can choose to protest, accept or punish through our actions or inaction.

Ben Quilty
Self portrait, the executioner