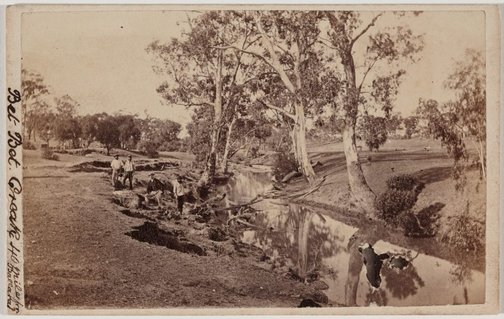 Thomas Flintoff was a professional painter and photographer. Born in England, he travelled in North America, Mexico and the Society Islands before arriving in Melbourne in 1853. He established himself in the gold mining town of Ballarat from 1860 until 1872 when he returned to Melbourne to practice photography until his unexpected death from ammonia poisoning (Flintoff mistook it for cough mixture) in 1891.