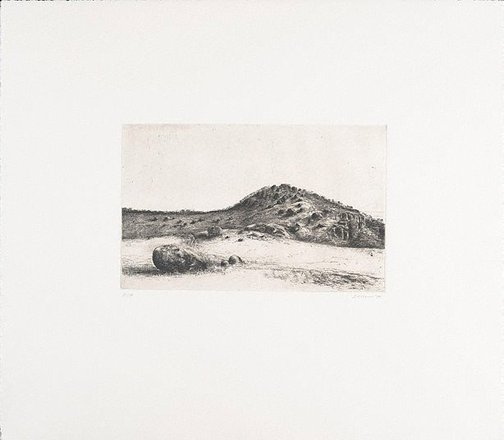 John Scurry was born in Melbourne in 1947 and studied at the Prahran College of Advanced Education (1969) and the Hawthorn Institute of Education (1971). He has taught Drawing and Printmaking in Melbourne since 1973, most recently as Head of Printmaking at the Victorian College of the Arts from 1991-2003, and has been Senior Lecturer at the VCA since 2003. He has exhibited regularly since 1969, and his work is in a number of private, university, corporate and public collections, including several regional Victorian galleries and the NGV.

His work has been shown in the Archibald, Wynne, Sulman and Dobell Prizes at the Gallery five times since 1980, most recently this year with a still life drawing in the Dobell Prize, 'Camberwell' 2005.

Purchased with funds provided by the Arthur Boyd Acquisition Fund 2005