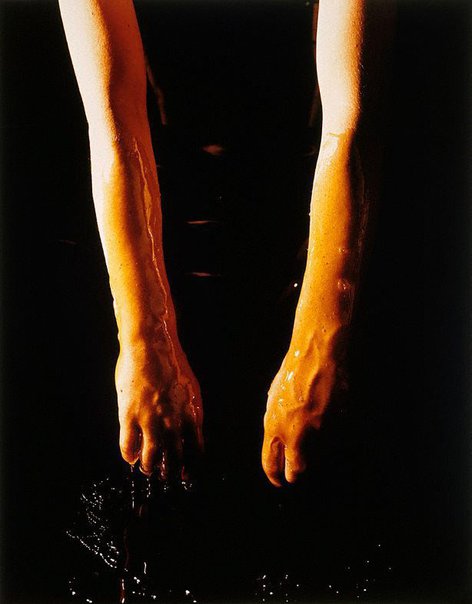 Mangos' installations of the mid 1980s were highly poetic and lyrical. The use of honey, with the intense allusions to mythology and luxury, was highly sensuous. The large installation of 1986 of which this image formed a part referred to sleep, dream, and generation - with honey as rich a life force as the earth. The arms coated with honey can be seen as rooted in primordial matter, able to creatively generate in the same way that the mind can generate dreams of infinite richness and possibility.

Browse other works by Simone Mangos 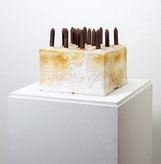