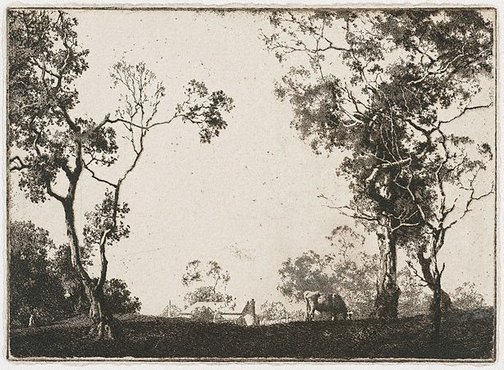 Percy Leason was best known in the 1920s as a painter, illustrator and cartoonist, but also produced a small group of modest, sensitive etchings of rural subjects. He had moved to Sydney from Melbourne to work for Sydney Ure Smith’s advertising firm Smith and Julius, and it is possible that Ure Smith encouraged him to etch. He exhibited “The water cart” in the first exhibition of the Australian Painter- Etchers’ Society in 1921, drawing a cartoon of the occasion for the ‘Bulletin’ magazine.

The title of “Landscape” is descriptive; it has also been reproduced with the titles “Pastoral” and “Evening”. The Gallery
has the plates for both etchings in the collection.

Browse other works by Percy Leason 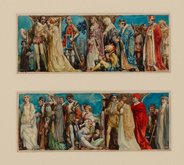