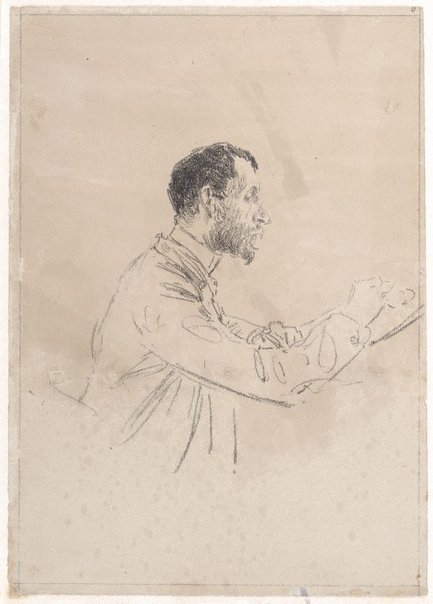 A painter and illustrator from Pennsylvania, USA, William Smedley studied in Paris with Jean-Paul Laurens (1838-1921). He came to Australia to work for 'The picturesque atlas of Australasia' 1883-86, invited by its American art editor Frederic B Schell (1838-1902). Julian Ashton, Henry Fullwood and Frank Mahony were among the many other artists who produced illustrations for the Atlas. Smedley and Livingston Hopkins, or 'Hop' the subject of this drawing, had much in common as fellow American expatriates brought to Australia for their drawing skills. Smedley returned to the USA to make his reputation in New York as a painter of portraits.