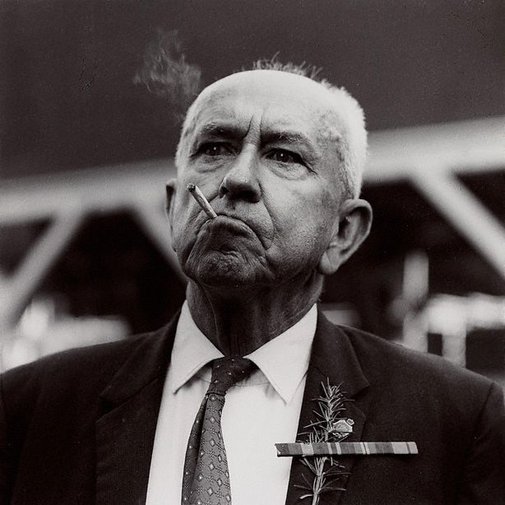 Sydney photographer, lecturer and historian John F Williams has a long and personal interest in the ramifications of the Allies’ commitment to and sacrifice in the First World War which he later explored in his 1985 series ‘From the flatlands’. Williams became an amateur street photographer, inspired by Henri Cartier-Bresson and the photojournalist W Eugene Smith. He read ‘The family of man’ catalogue and saw the exhibition in 1959 but he rejected its ‘saccharine humanism and deliberate ahistoricism’ choosing instead to socially document the raw character of Australia.1

When interviewed in 1994 Williams said: ‘After the [First World War] you had a range of societies which were pretty much exhausted, and they tended to turn inwards. In a society like Australia which had a poorly formed image of itself, where there was no intellectual underpinning, the image of the soldier replaced everything else as a national identity.’2

‘Sydney’ expresses the ‘Anzac spirit’ born in the battlefields of Gallipoli, the Somme and Flanders, a character study of an independent, introspective soldier. With an air of grit, determinedly smoking and wearing his badge, ribbons and rosemary as remembrance, ‘Sydney’ stands apart from the crowd, not marching with his regiment. Williams embraced the ‘element of chance’ or the ‘decisive moment’ as he documented the soldier in a public place observing the procession. Taken from a low angle and very close up the man is unaware of the photographer at the moment the shot was taken, apparently lost in his own memories. The old soldier represents a generation now lost to history but portraits such as these continue to reinforce the myth of national identity.