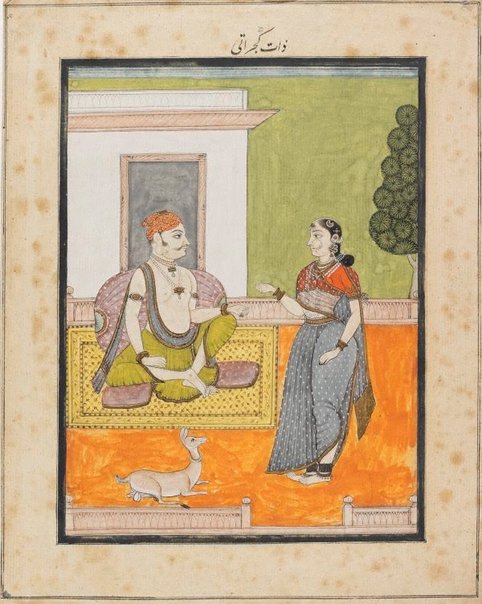 The so-called ‘Company School’ emerged in the latter part of the 18th century, when the British overthrew both the Mughal and the Rajput rulers of India. Indian artists, who had previously painted for Mughal and Rajput patrons, instead began painting for the English residents of India, many of whom were employed with the British East India Company. Pictures painted for the British by Indian artists in a westernised style to suit the taste of the new clients came to be known as ‘Company Painting’. Company school artists mostly recorded the ‘exotic’ occupations and customs of the native populations.

Several distinct styles and sub-schools of Company painting developed throughout India as well as regions beyond, such as Sri Lanka and Burma. This painting, like the others in the set included in collection, show neatly drawn figures of men and women of different castes and occupations, many holding tools of their trade, set against bright, opaque backgrounds. These features identify the works with the Thanjavur (Tanjore) style of Company school painting.

Warren Hastings, circa 1770-1818, England, possibly commissioned in Madras (Chennai), India by Hastings between 1769 and 1772. Probably exported from India to England, 1785 or before. Held in the collection of Warren Hastings until his death in 1818.

Browse other works by Company school

Company schoolA Brahmin and his wife circa 17709636