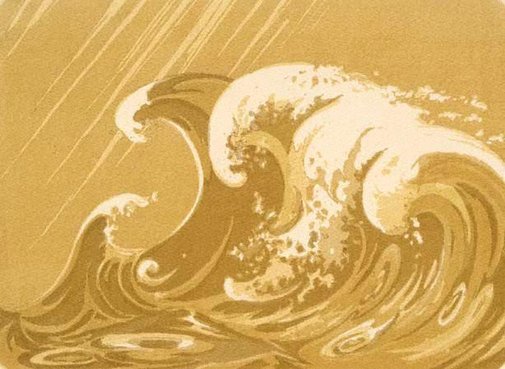 Ethleen Palmer studied at East Sydney Technical College under Rayner Hoff and Phyllis Shillito from 1924-27 and began experimenting with relief printmaking in 1933.

Major influences on her work were the Austrian artist Norbertine Bresslern-Roth, whose prints were shown in Sydney from 1926-28, and possibly the work of Claude Flight, whose work and teaching was so influential on Australian printmakers such as Dorrit Black, Eveline Syme and Ethel Spowers.

She showed her first prints in 1933 at the Society of Arts and Crafts in Sydney, and continued to experiment with techniques throughout the decade. She developed a complex printing technique of subtly overlaying colour, producing prints strongly reminiscent of Japanese prints, both in composition and execution. By 1939 her work was represented in all major state collections. WWII caused a break in her output, but in the late 1940s she began experimenting with screenprints, one of the first artists in Australia to do so, and possibly the first in Sydney.

Considerable interest has been shown towards Australian inter-war printmaking in recent years, but Ethleen Palmer's work has been somewhat overlooked. Nevertheless, her importance to the development of Australian printmaking, especially in screenprints and the adoption of a Japanese aesthetic deserves greater recognition.

proof from edition of 50

Gift of Norman and Daphne Mills 2000

Browse other works by Ethleen Palmer 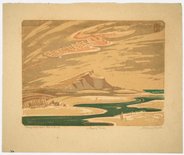 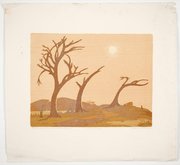