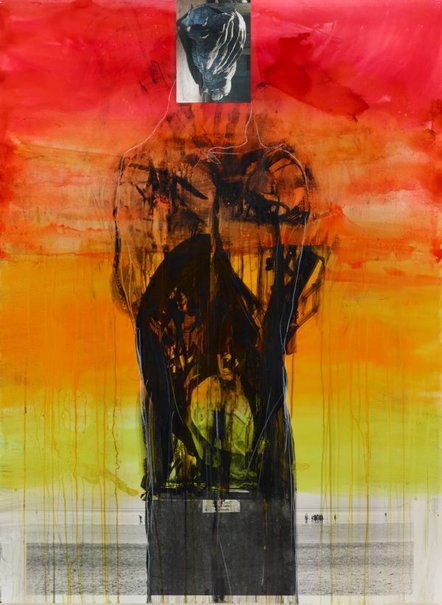 My work is all about visual things from different places. Having spent periods in Pakistan, in New York City and now here in Poughkeepsie, I sometimes feel like a nomad, carrying myself from one setting, one landscape, to another.
– Huma Bhabha

Born in Pakistan, Huma Bhabha first went to the USA to study in 1981. She is best known for her often large-scale sculptural works that appear to present abstract renderings of mutant figures. Bhabha has a keen interest in science fiction, being influenced by 'Star trek', Stanley Kubrick’s 1968 film '2001: a space odyssey', David Cronenberg’s films and the 'Alien' films. She has said, ‘It became clear that the issues that genre deals with – the state of the world, the future and the fate of human beings – paralleled my own interests and sensibility.’ 'Untitled' combines imagery of Bhabha’s monumental sculptures with a black-and-white photographs of Karachi – a place she sees as part of her.