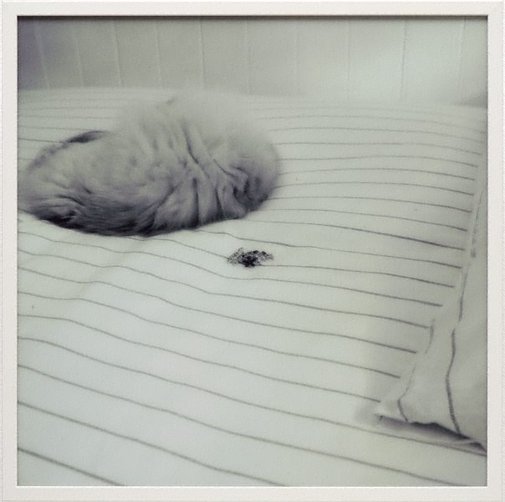 Sarah Ryan was born in Canberra and studied visual art at Queensland College of Art, Brisbane and Tasmanian School of Art, Hobart graduating with a PhD in 2002. She has been exhibiting since 2000 and was included in 'Primavera' at the Museum of Contemporary Art in 2003. Ryan currently lives and works in Toowoomba, Queensland.

Ryan has been using a digital lenticular process to make her work for some years and has written: '3D lenticular technology creates an optical three dimensional effect and does not require the use of a special viewing device. Using a similar process to that employed by novelty postcards in the 1970s, I have developed a technique capable of subtle three dimensional effects. For each panel, ten separate shots are cut into vertical strips and spliced in alternating sequence. The image is then laminated with a lenticular lens that optically synthesises the separate views.'