Barayuwa Munuŋgurr has been painting since 2007 while also working as an arts worker at Buku-Larrŋgay Mulka, Yirrkala. Over time he has developed a very skilled hand and he is now coming to prominence, painting both his own Djapu clan designs as well as his mother’s Munyuku clan designs. His experimental depiction of the whalebones at Yarrinya are entirely his own, a growing trend in many of the younger generation of painters now working for Buku-Larrŋgay Mulka.

'Yarrinya' 2018 refers to the Munyuku saltwater estate within Blue Mud Bay, which is Munuŋgurr’s mother’s country. Significantly it was at Blue Mud Bay that Yolŋu people gained Sea Rights over their waters. Munuŋgurr paints the clan designs associated with the whale called Mirinyunju.

The whale bones painted in 'Yarrinya' 2018 recall events that unravelled on the Yarrinya Ocean in which Munyuku men (Wurramala or Matjitji) hunt their own brother, a whale called Mirinyuŋu. After the dead whale washes up onto the beach, the men used stone knives (garapana) to cut its body into strips and then fling the knife into the ocean, where it becomes a sharp reef. The remains of the whale and the ocean rocks are combined in a spiritual manner which is extremely significant to Munyuku people, and elements from this scene, such as the whale’s tail, its bones and even the lines from the surface of the water, are incorporated as motifs that are employed in ceremony and in this artwork.

Purchased with funds provided by the Aboriginal Collection Benefactors’ Group 2018 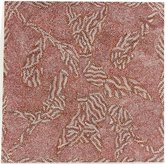