Blink, from the series Quill 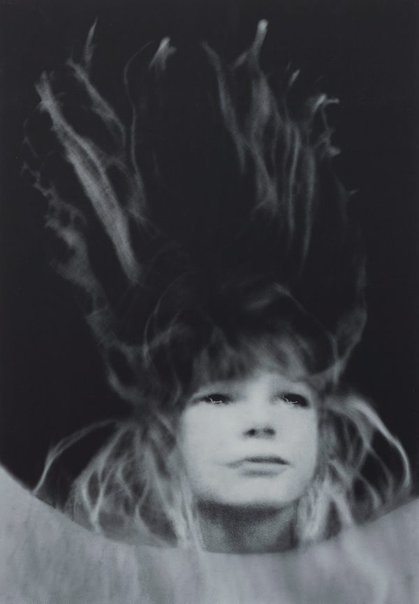 Pat Brassington graduated from the Tasmanian College of Advanced Education with a Bachelor of Visual Art and then completed her Master of Fine Art at the University of Tasmania. She is one of Australia’s leading photo media artists and works within a disrupted surrealist aesthetic. Since the mid-1980s, her images have continually moved between the surreal, psychoanalytic and cinematic. Brassington subtly inflects these themes with a feminist edge, subverting our normative understanding of their representation.

Many of Brassington’s images make use of the human form, if it is accurate to call it such. In her hands the body becomes any other material, able to be ‘distended, truncated and dramatically traumatized’ as Ashley Crawford described in 2007. These figures do away with Roland Barthes’ pure contingency; through the application of layer after layer of distortion Brassington arrives at a destination which re-codes the familiar in favour of the fantastic.

Two series from 2013, Quill and In search of the marvellous, re-visit many of the motifs that have been developed throughout Brassington’s career. These include the distorted figures which define her surreal aesthetic and an exploration of the domestic uncanny. Brassington said in 1998 that her work ‘consists of multiple images, in which the interaction between images is a major factor.’ The settings are compressed throwing subjects and their strangeness into high relief. In Quill figures and objects hover enigmatically while the gaudy palette in Gifted from In search of the marvellous is unusual in the artist’s oeuvre.

Browse other works by Pat Brassington