'acheik' design fragment of a sarong 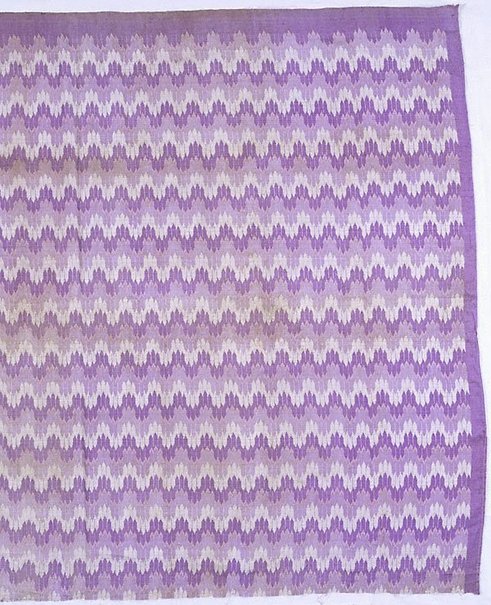 This fragment of a 'lon-gyi' or sarong length textile is woven in the intricate and laborious 'acheik' style in a design known as the water-wave ('yei lein sin kyo'). The technique for this type of weaving is thought to have originated in the Indian state of Manipur and was brought to Burma when the founder of the last Burmese dynasty invaded Manipur and brought back skilled weavers and artisans to produce textiles and objects for the royal courts. While the technique for this type of weaving originated in India the designs are purely Burmese and inspired by the natural phenomena.

'acheik' design fragment of a sarong