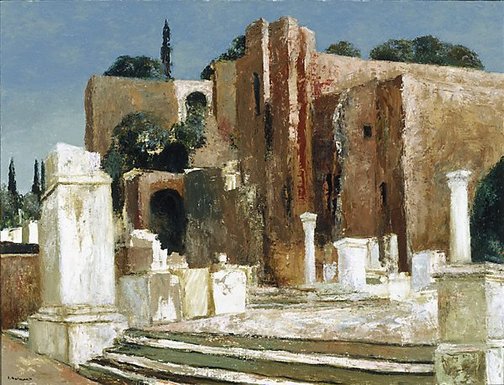 Sali Herman did not arrive in Australia until 1937, aged 39, by which time he was a mature artist whose tastes and style had been formed by the European traditions absorbed in his early life. Herman found inspiration in the Australian urban environment particularly Sydney. He became a master of intimate, evocative and sometimes melancholy visions of what were once considered the backwaters or humble corners of the city. A prolific painter and traveller until the 1970s Herman enjoyed many successful exhibitions, both in Australia and overseas, and was the subject of a major retrospective at the Art Gallery of New South Wales in 1981. 'Forum, Rome' was painted from experiences on one of Herman's periodic trips to Europe from the mid 1970s.

Gift of the artist in memory of his wife Wanda 1982

Barry Pearce., Older Australian masters: an exhibition of works by major Australian artists executed in the later years of their careers, 'Preface', Sydney, 1991, (colour illus.). not paginated, no catalogue numbers

Browse other works by Sali Herman 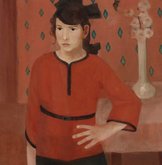