The tragedy of Bulanj and Balang 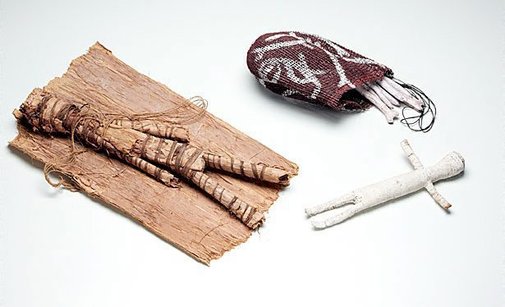 The Tragedy of Bulanj and Balang

A boy of Balang subsection was a candidate for his impending circumcision ceremony. His mother was of Kodjdjan subsection. His father was Kamarrang.

Another man of Bulanj subsection coveted the boy's mother, Kodjdjan, and wanted to marry her (but couldn't because he was the wrong subsection of 'skin'. In addition the woman showed no interest in him, which made him angry). Bulanj was going to accompany the boy to be circumcised and, according to custom, take him to another language group and then return with these people for ceremony. "You take him so that you will gather together many people for the ceremony and return with them", the boy's mother said to Bulanj. And so he replied "I'll take him".

Bulang took the boy and as he was going along he started to think (about how the boy's mother had ignored him). He had wanted to sleep with Balang's mother. So he started to think about what to do with the boy and he said to him, "Just try and go inside that small cave in the rock and look for a rock possum!". But he was tricking him and wanted to kill him. "Just go inside", he told Balang.

Bulanj stayed outside and went and got fire sticks like those used a long time ago to make fire and he spun the stick until he lit a fire and placed kindling at the entrance to the small cave and blocked Balang inside. Balang inside screaming in pain and there was nothing he could do to get out of the rock cave because Bulanj had blocked the entrance with rocks and fire. He screamed and screamed until finally he died.

After he had been dead for a long time, Bulanj threw rocks on his body to see when his body had decomposed but the stones got suck in his rotting flesh and so he kept waiting maybe three weeks but still the stone just sank in. He kept wait for a month until one day when he threw a rock it went "crack" and it broke the bone and so now he started to make a dilly bag just like this one here (which Lena has made as part of the sculpture display).

He covered all the bones until he finished, got up and went back to the boy's mother and said to her, "Send food, there's lots of people ready at the ceremony". But there were no people, only himself. "Send food and get out all your dilly bags and give them all to me everyone there is hungry", he said.

He started to sing and Bulanj went off singing. Then he started dancing and raised dust just like when a truck drives along. Everyone thought that there was lots of people there but there was only Bulanj there doing it all (tricking then).

He went back to the camp and said to them OK all you mob get ready over there. You the mother, get ready (for the supposed circumcision ceremony). He went over to the mother and other daughters and son and said I'm aid I'm going back to get the people so we can put him here (the boy for circumcision). She said "OK".

That Bulanj had a song which he sang, do you know it? "Oh manjhkilimanda manjdjordobbo munjhkilkilyo nakirliko nadidjnikirri nadidjnikirri" he sang. But he was only by himself, he was tricking them as if there were many people. The didjeridu he played was made from the dried-out remans of Balang, his guts. And everyone thought it was really a didjeridu but it was Balang's guts.

He went back to the family who were all sitting outside thinking that Bulanj was carrying the real body of Balang (as in the circumcision ceremony, the boy is carried after his operation and placed in a special camp) and he was placing Balang down but then they saw the bones fall out of the dilly bag onto the ground. "Oh no it's him, you've killed him how could you do this", the mother Kodjdjan said and she cried. Bulanj showed her the bones. Everyone cried and Bulanj ran away in fear.

So they pursued him in order to spear him but he ran inside a hole in the ground made by a nesting bird like a scrub fowl. He went down deep into the ground and they tried to dig him out but couldn't. They couldn't find him and they searched everywhere. But he was inside in the dirt in the birds nest and he stayed there for a long time.

"Let's leave him" they said. They searched for him but found nothing. So they left and searched and dug in the hope of finding him, chasing him and spearing him but nothing, he just stayed inside the same place. They kept searching and digging but nothing. He hid himself for a very long time and there was nothing they could do.

So from there they said "Let's give up, there's nothing we can do, we can't find him, he's gone into the ground. Let's leave him in there. When he comes out, we'll kill him", they said. We'll kill him and leave his body there", they said. Later they did find him, they killed him and so it was his turn to die.

Hetti Perkins and Ken Watson, A material thing - objects from the collection, Sydney, 1999, 2.

Browse other works by Lena Yarinkura