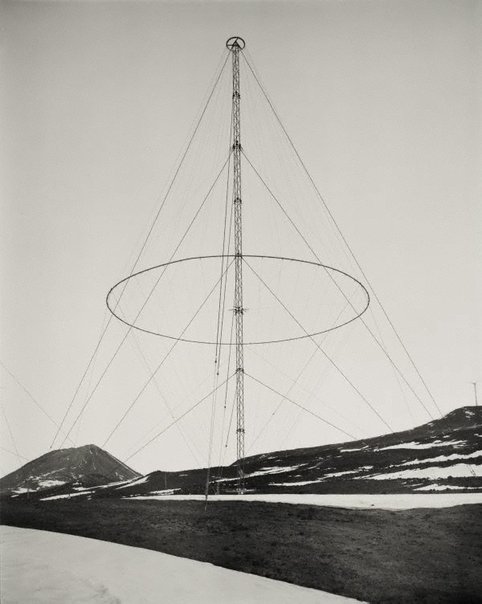 ‘…as is the case wherever I’ve photographed – what inherently interests me is the transitional; the pieces in our social landscape that were something once, aren’t that anymore, will be something different in the future, or may not exist. I’m interested in capturing them when they’re somewhat adrift.’i Laurence Aberhart, 2011

Widely considered to be an important chronicler of New Zealand’s social history, Laurence Aberhart has also been deeply interested other cultural contexts such as USA, France, Macau and Japan. In 2010 the photographer travelled to the USA after a 22 year absence, documenting what used to be the heartland of the American industrial empire. ‘The Egg, Albany, New York, 7 September 2010’ depicts a famous performing arts venue that is also a late modernist architectural landmark. Its monolithic structure, constructed between 1966 and 1978, is a stroke of engineering brilliance and an example of the ‘brutalist’ aesthetic that reflects the triumph of post-war America. Aberhart stresses the striking contrast between the classicist buildings and The Egg, which co-exist in an eerily de-populated atmosphere. The last rays of sunshine (as well as the exact date of the photograph) indicate the irrevocable work of time and probability of decay.

As has been his practice since the late 1970s, Aberhart uses a 19th century ‘view’ camera to capture subtle and extraordinary detail, all of which is evident on his contact prints. Such detail is apparent even in the white expanses of ‘Conical monopole, Scott Base, Ross Island, Antarctica, 3 December 2010’. This image of a radio-signal antenna in one of the most isolated corners of the world continues Aberhart’s ongoing survey of converging points between human and natural environments. Drawn to elements that speak of culture’s fragility, his photographs ‘make us aware of thresholds or horizon-points where meaning is stalled and messages cannot get through.’ii 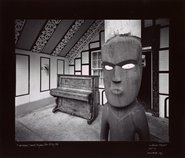