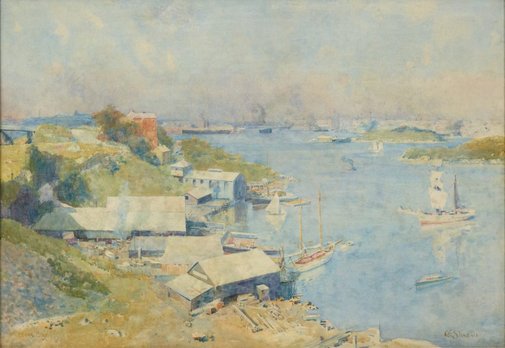 Elioth Gruner (Organiser), The exhibition of Australian art to be held at the galleries of the Royal Academy London, 1923, Sydney, 1923. cat.no. 167; titled 'Berry's Bay'

Browse other works by CES Tindall

CES TindallReturned from the war5699