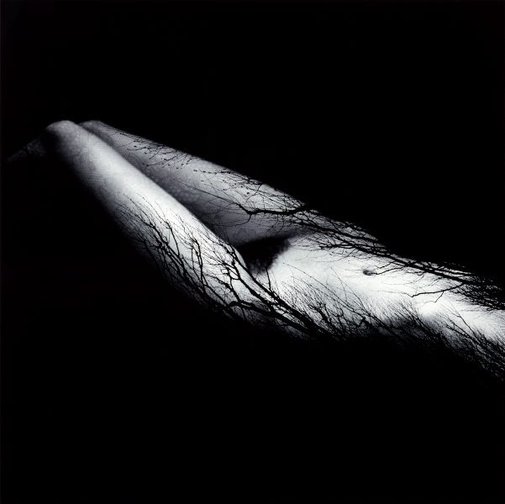 Jane Burton lives and works in Melbourne, Victoria. After completing a Bachelor of Fine Arts (Hons) majoring in photography at the Tasmanian School of Art in Hobart in 1991, she became honorary research associate there in 1993.

Her work has been exhibited throughout Australia, and collected by institutions such as Monash Gallery of Art, Melbourne, National Gallery of Victoria, Newcastle Region Gallery, Tasmanian Museum and Art Gallery, and by private collectors

Burton has received several awards: the Lloyd Rees travelling scholarship in 1993 (which included a four month residency at Cité Internationale des Arts in Paris); Arts Victoria Development Grant in 2003; and the Australian Council Residency at the London Studio 2005.

‘Wormwood #3’ and ‘#10’ are particularly interesting because they have a relationship (not witting) to photographs from the 1930s by Max Dupain and Olive Cotton. Cotton’s ‘Papyrus’ 1938 (as well as ‘Dead sunflowers’ 1984) are shot from below – a favorite perspective of hers when photographing nature - and are similarly structured. Dupain’s 1939 ‘Nude in grass’ (AGNSW collection), like ‘Wormwood #3’ is headless though at more of a diagonal. Dupain shows the female body partially covered by shadows cast by the grasses on the dunes, the aim to present the perfect female form. However, as inviting as Burton’s nude may look at first glance she is quite ambiguous both in her nudity and in what she may represent.

Burton has noted ‘These photographs are fragments of …liminal states, and the vessel of these explorations is the female subject. She is the threshold between these states of consciousness, her flesh the boundary of interior and exterior worlds.’ [‘Wormwood’ exhibition brochure, Rex Irwin Art Dealer 2007]

Browse other works by Jane Burton 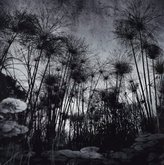