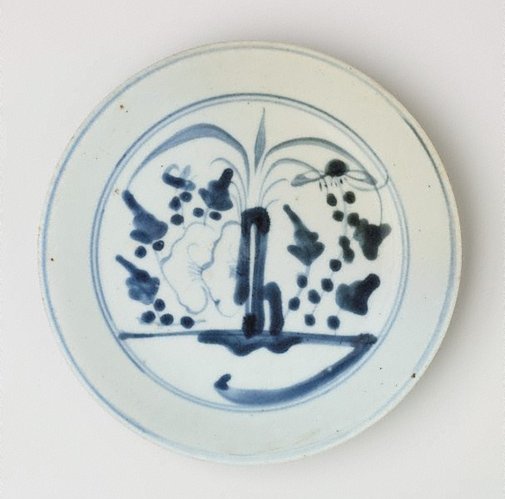 This type of porcelain is known as 'Kitchen Qing' since it was produced in huge quantities by kilns in southern China for export to the Chinese diaspora of Southeast Asia. The Peranakan culture of the Malay Peninsula used such pieces extensively from the 19th century.