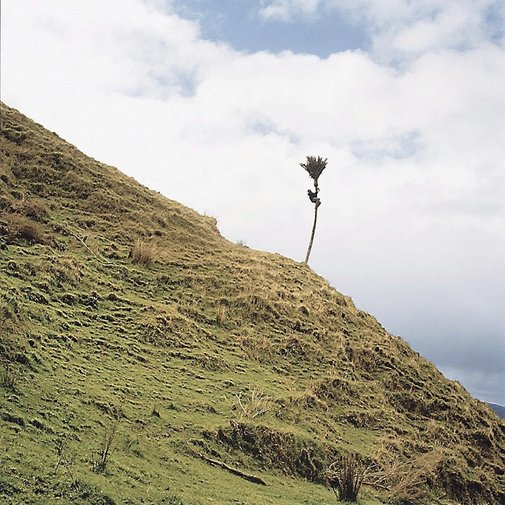 Born in Townsville, Queensland, Rebecca Ann Hobbs studied at the Californian Institute of the Arts, Los Angeles in 2005, after completing her Bachelor of Fine Arts (Hons) in Photography at the Victorian College of the Arts in Melbourne. She is currently living and working in New Zealand.

Hobbs has won several awards including the Samstag International Visual Arts Scholarship (2002) and has shown in numerous solo and group exhibitions throughout Australia and Los Angeles since 2000 notably ‘Vertigo’, PICA, Perth and ‘Perfect for every occasion’, Heide Museum of Modern Art, Melbourne both 2007.

‘Up with the fall, down with the diagonal’ seems less constructed than her previous work but on closer scrutiny is just as carefully stage managed. The subject has receded further from the foreground making actions more difficult to decipher. Some of this series consist of apparently simple inversions or tilts but others are more clearly odd. ‘High’ for example shows a man climbing a Nikau palm on a steep windswept slope. ‘Slip 'n slide’ shows a ragged line of people approaching a large enclosed circular slide but they might as well be approaching the gallows. These enigmatic images constantly escape the rational and, as Jeff Khan notes: ‘The sheer strangeness of many of Hobbs’ photographs, contrasted with their earnest references to the everyday, provides an arresting hook, seeking to ensnare viewers in an interpretative game of second-guessing and confused realities.’ [‘un Magazine’ 6, 2005]

Hobbs plays with the medium and its documentary possibilities using photography to record the mundane in all its glorious possibilities. 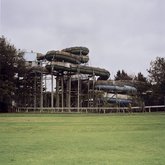