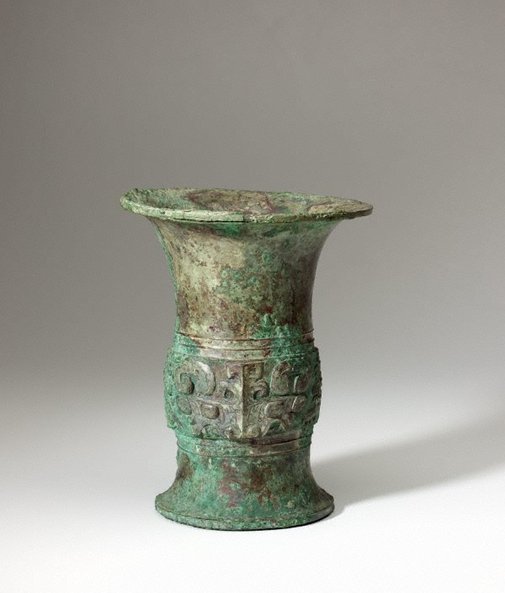 In early script, the character 'zun' is written in the form of two hands holding a wine cup. The shape of the vessel and its pictographic depiction suggest it was used as ritual object for wine. The ‘zun’ was one of the most popular vessel shapes in the Shang and early Zhou periods. The rendering of the ‘taotie’ mask on this vessel exhibits characteristics descended directly from Anyang period motifs of the late Shang dynasty (1318-1046 BCE). The inscription cast in the interior centre reads as ‘fuding’ and indicates that this ‘zun’ was made for the deceased father on the day of ‘ding’.