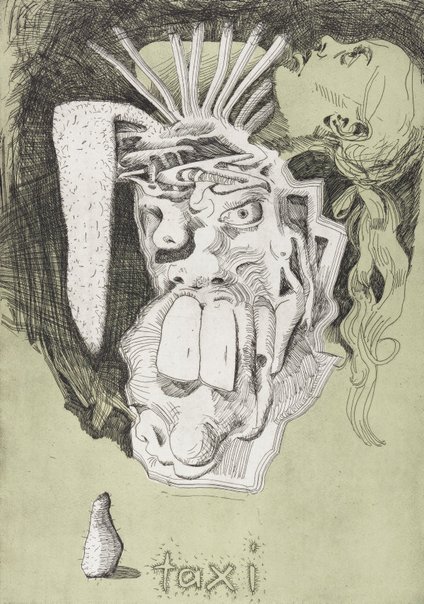 The series relates directly to a painting The last supper 2017 (AGNSW collection), and related paintings created after the election of Donald Trump as President of the United States of America. In these works Quilty expresses anxieties and fears engendered by the contemporary state of world politics. They are also reflective of his physical state when he was making the prints including Endone, titled after a powerful painkiller he was prescribed for a sports injury that left him incapacitated, and frustrated in not being able to paint, for several months in 2018.