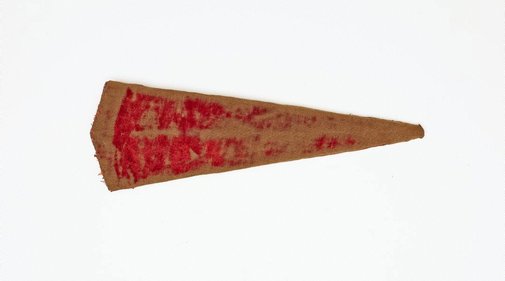 Weapons are among the finest examples of Mughal period decorative arts and this katar is an elegant example of traditional Indian weaponry. According to Stuart Carey Welch, both armourers and jewellers collaborated to produce weapons. They were also received as gifts at the imperial court, used in traditional Indian warfare and formed an integral part of royal attire. This is illustrated in two paintings in the Art Gallery’s collection. The Imperial Mughal painting, 'Jahangir as Prince Salim returning from a hunt' (EP1. 1968) shows the prince with a similar punch-dagger tucked into his waistband. In another painting, ‘Portrait of Khuda-Banda Khan’ (EP4.1962), a seated nobleman is depicted wearing a double-handled punch-dagger.

metal with gilt pattern on handle