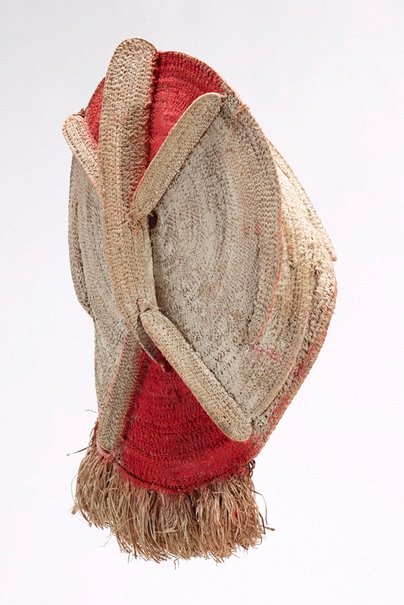 'Rimbu' was a powerful spirit cult practiced by several groups across the southern highlands, in particular the Kewa and Anganen people. It is thought to have arrived in the Mendi Valley in the early 1900s. Ritual knowledge was bought and sold by powerful men and different forms of 'rimbu' were celebrated. The cult involved constructing spirit houses, playing bamboo flutes ('the talk of the spirits'), reciting sacred words and sacrificing and eating pigs. 'Rimbu' was held to increase the health and fertility of people, pigs and gardens, and engaged a wide pantheon of spirits. It was an exclusively male endeavour with women and children excluded.

Browse other works by Kewa people