Tampan with boats and figures 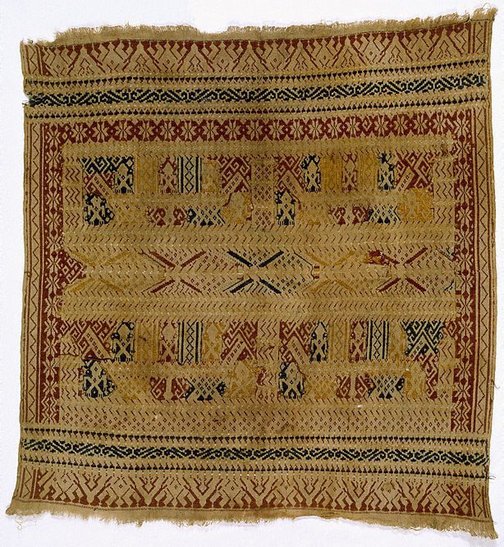 This tampan, a relatively small square format textile, depicts four highly stylised and simplified ship images, symmetrical in design, complete with images of passengers and bordered by geometric designs. The simplification and abstraction of this image may suggest the influence of Islam, which forced a deliberate shift away from pictorial representation. The reduced motifs and the stylisation are typical of the Liwa region, as are the broad, simple borders. The two blue bands of scrolls in the top and bottom borders are particularly popular on Liwa tampans.

Tampan with boats and figures