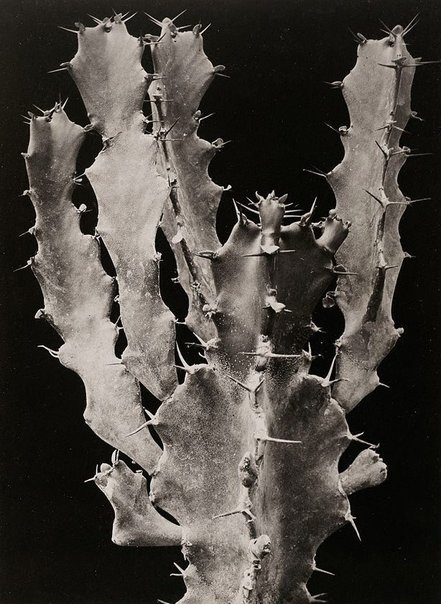 ‘There is an urgent need to examine old opinions and look at things from a new viewpoint. There must be an increase in the joy one takes in an object, and the photographer should become fully conscious of the splendid fidelity of reproduction made possible by his technique.’ Albert Renger-Patzsch 1928 1

Renger-Patzsch grew up in the beautiful baroque city of Würzburg, Germany. His father was a musician and a keen amateur photographer. The young Renger-Patzsch originally wanted to be a scientist and studied chemistry, but caught his father’s passion for photography and eventually turned his hand to the scientific documentation of nature. Folkwang Auriga publishing house, which had employed him as an archivist, gave him a chance to provide the photographs for a series of books, The world of plants, launching his career. He never regarded what he was doing as art and was very particular that his work was simply to be as accurate and observant as possible in revealing the hidden marvels of natural form.

One of the most influential of the books of photographs he published was Die ‘Welt ist Schön’ (‘The world is beautiful’) 1928. This is an extraordinary collection of closely observed details of natural and created objects, including flowers, minerals, buildings and machines, drawing our attention to the beauty of things on a scale that would normally be missed. His original idea for a title was ‘Die Dinge’ (‘Things’) and he was distressed by the publisher’s marketing decision to change it to ‘the world is beautiful’ which gives the images an affective slant that was diametrically opposed to his philosophy. The life of things was what the camera brought out and while for us this might have a poetry comparable to that of Rainer Maria Rilke, for Renger-Patzsch it was enough that it made things visible to us in a new way.

This photograph of the cactus Euphorbia grandicornis was included in ‘Die Welt ist Schön’ and typifies the close framing and cool scientific eye that Renger-Patzsch valued above all. It is possible to see in this kind of image the German commitment to order and clarity which also runs through late 20th-century photography.

Browse other works by Albert Renger-Patzsch