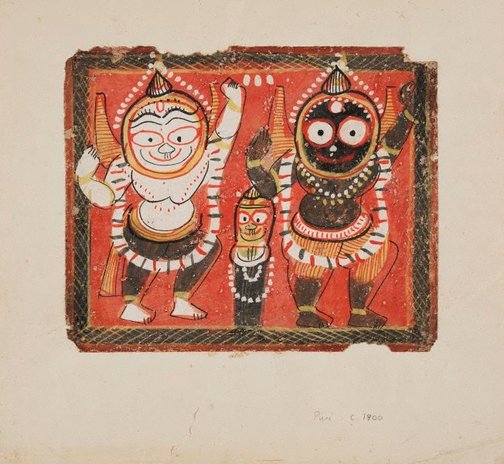 Images such as this were created as pilgrim paintings, and were bought by worshippers as a souvenir of their visit to the temple. They were often quickly drawn, highly stylised images using a limited palette of colours.