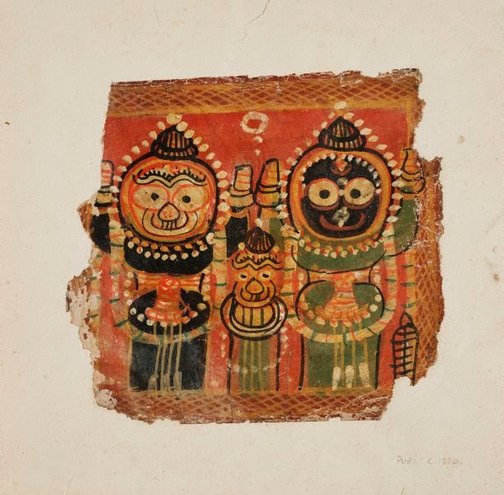 Jagannatha, the principle deity of this trinity, is regarded by his worshippers as the "Lord of the World". According to the mythology Vishnu directed the King Indradyumna to make an image of Jagannatha. The King commissioned Vishvakarman, the architect of the gods, to undertake the making of the image. Vishvarkarman agreed on the condition that he could work undisturbed until it was finished. But after several days the King could no longer contain his curiosity, and thus the image was never finished.

Images such as this work, were created as pilgrim paintings, and were bought by worshippers as a souvenir of their visit to the temple.

gouache on paper with varnish over