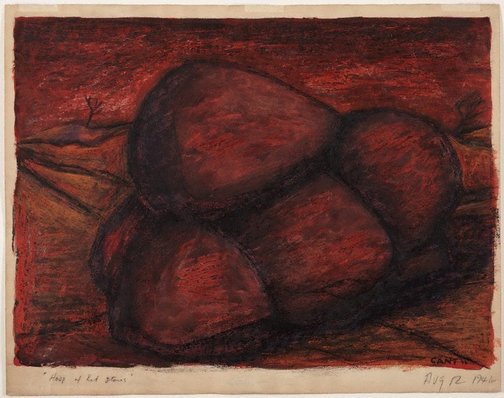 From a series based on Central Australia, James Cant's 'Red stones II' is a companion piece to the major watercolour 'Red stones', in the Art Gallery of New South Wales collection (accession no 7822).

Browse other works by James Cant