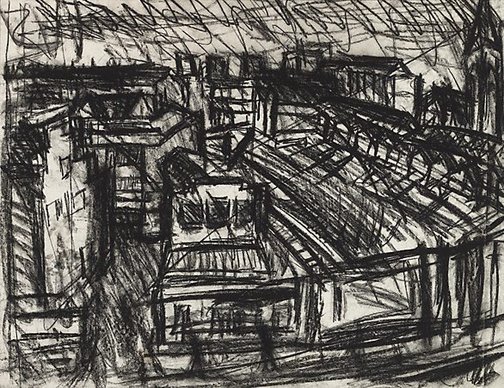 Drawing has always been a vital activity for Leon Kossoff, pursued both for its own sake and in preparation for his paintings. He draws directly from his subjects: the works of the great masters of the past, nude models and members of his immediate family. But his preferred subject is the life of London - the city that has always been his home.

A leading figure of the so called School of London, Kossoff's London subjects commonly show building sites, street scenes, under-and-over-ground railway stations, their tracks and trains. His charcoal drawings combine observation, memory, a strong emotional response as well as the properties of his material's physicality.

Kossoff's rough and ready drawing style had been frowned upon at the various art schools he had attended before enrolling at the Borough Polytechnic (1949-53) where he received great encouragement from his teacher, David Bomberg. Kossoff's paintings are extremely thickly impastoed and the drawings corresponding to them also show a dogged application and the sustained assault of the drawing materials.

Browse other works by Leon Kossoff 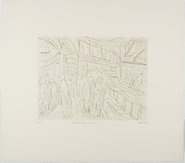 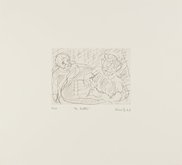 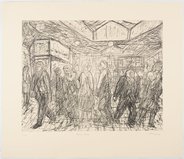 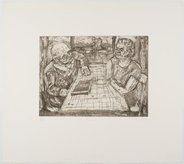