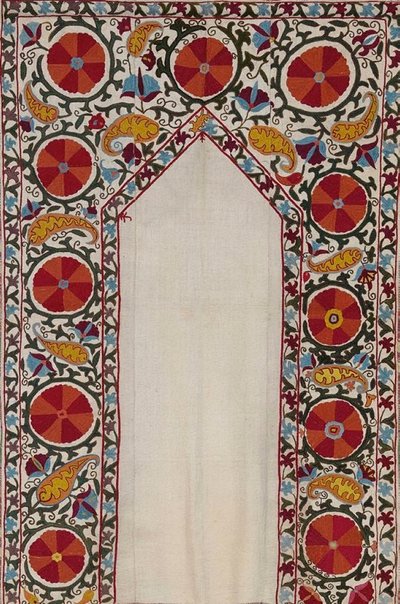 The general name for embroidered textiles of the Turkestan region is suzanis. Literally translated as ‘needle’ or ‘needlework’, suzanis were an important part of a woman’s dowry. Bukhara suzani designs typically consist of delicate flowers, such as rosettes and streaming stems, along a broad patterned border. These textiles were used as decorative wall hangings, as covering for the bridal bed or as prayer mats. A tambour hook, similar to a crochet needle, was used to sew the chain stitch which was popular for such textiles.