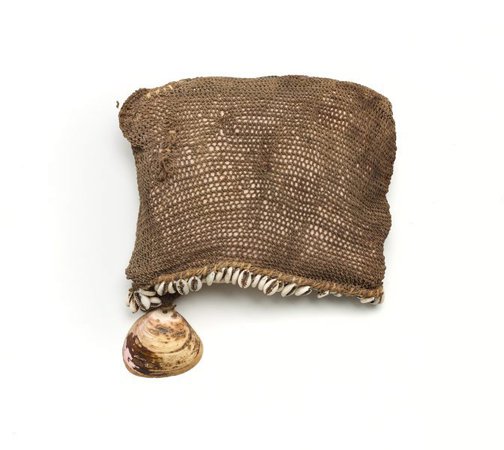 The technique of looping plant fibre string is commonly used for the production of string bags, or 'bilum', across the Highlands of Papua New Guinea, however it is also used to create long aprons worn by men on ceremonial occasions. Looped plant fibre string caps are also produced and worn by women, the front edge often lined with cowrie shells which have been halved and with hanging pendants of bivalve mollusc shells.

A wooden figure collected by Stan Moriarty at Okapa in the Eastern Highlands region, carved and dressed to represent a deceased female relative, wears a cap with three shell pendants, together with a necklace strung with nine large bivalve mollusc shells.