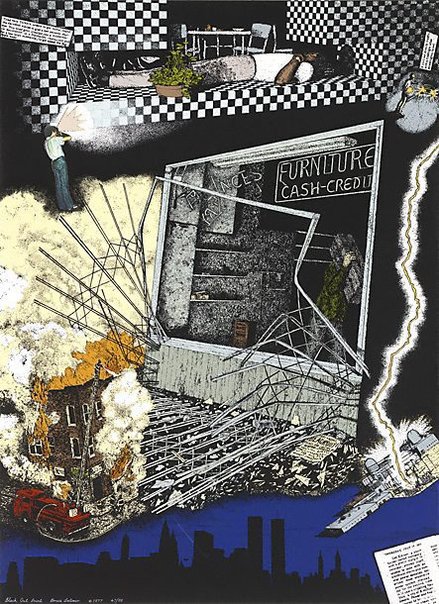 Produced in New York, a response to a major blackout in New York in 1977. A spectacular event calling for explosive imagery borrowed from newspapers and my own snaps. Colour photocopying machines were newly available so the 'artist/reporter' was a collaged, colour photocopy fragment.

At the time I was doing screenprints exclusively. I gave it up not long after because of the toxicity of the solvents but also to pursue large scale installations and later painting.

Browse other works by Bruce Latimer