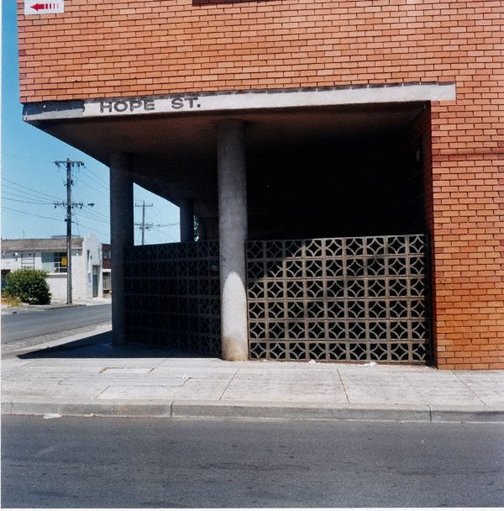 Based in Melbourne, Glen Sloggett has exhibited extensively across Australia, including a touring exhibition with the Australian Centre for Photography, ‘New Australiana’ 2001. Internationally, his work was included in the 11th Asian Art Biennale in Bangladesh, 2004 and the 9th Mois de la Photo ‘Image and Imagination’ in Montreal 2005.

Sloggett’s work depicts scenes from Australian suburbia with a startling mix of warmth and melancholy. Devoid of people, his photographs reflect the isolation and abandonment that afflicts the fringes of Australian urban centres. His images don’t flinch from the ugly, kitsch, and bleak. Sloggett says ‘No matter where I go, I always find places and environments that are in the process of falling down. These are the images of Australia that resonate most strongly for me as an artist. I want to capture the last signs of optimism before inevitable disrepair.’ (Glen Sloggett, quoted in A Foster ‘Cheaper and deeper’, ex. Bro. ACP 2005) His images of disrepair are infused with black humour and at the same time, affection for Australian suburbia.

From dumpy derelict flats to pavements graffitied with the words ‘mum killers’, Sloggett’s photographs capture an atmosphere of neglect. One classic image depicts a pink hearse, with the slogan ‘Budget burials cheaper & deeper!!’ stencilled in vinyl on the side window. Another image shows an industrial barrel, on which is scrawled the evocative word ‘Empty’. In a third image, a dog rests on the pavement outside ‘Kong’s 1 hour dry cleaning’ - the bold red and yellow lettering on its window in stark contrast to the cracked paint of the exterior wall, and half-clean sheet that forms a makeshift curtain. These images have a profundity that is at once touching and surprising; as Alasdair Foster has commented, ‘In a world of rabid materialism and shallow sentiment, Sloggett’s photographs show us that life really is much cheaper and deeper’.

Browse other works by Glenn Sloggett 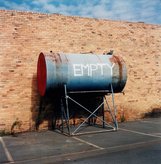 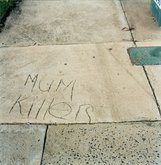 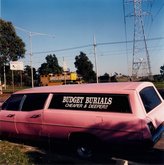 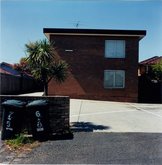 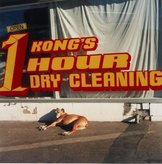 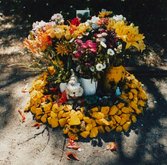 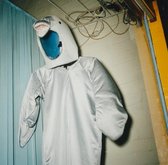