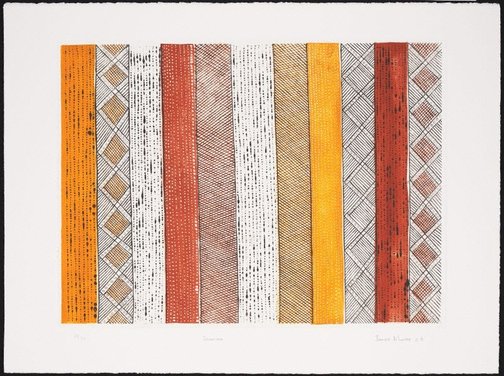 "Jilamara is a Tiwi word that means 'design' or 'pattern'. This is a pattern from the Pukumani burial ceremonies the Tiwi have performed ever since the ancestor Purukuparli died millennia ago, and the first burial ritual took place. Janice's traditional country at Tinganu (Impinari) is where these ancestral events occurred: Purukuparli's footprint is still there".