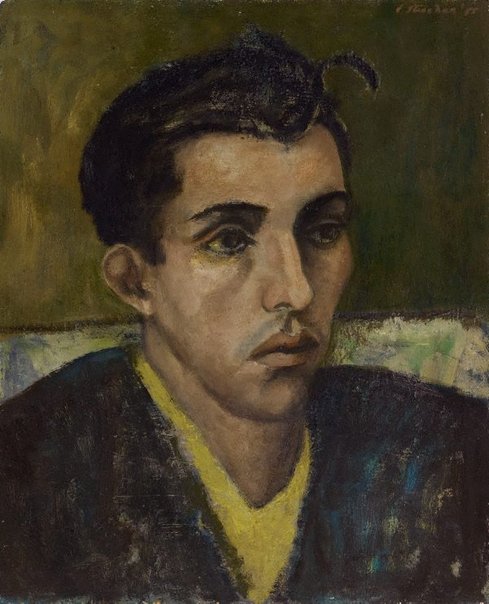 Painted by David Strachan in France in 1955, the subject of this portrait is Alexandre Sarrés, also known as Maurice Brasseur or Mau, a Belgian engraver and illustrator for the journal Osmose cahiers littéraires, edited by Jean Cocteau. While in Paris, Strachan had developed an interest in deep colour etching, establishing the private printing house Stramur-Presse along with Dutchman Jacques Murray in 1951.

A member of the Sydney Charm School, which defied the progress of abstraction in Australian art during the 1960s, Strachan took inspiration from the quattrocento and the late romantic periods. Working within the traditional genres of still-life, landscape and portraiture, the artist instilled the ordinary with humility and sensitivity by means of uncomplicated compositions, sombre tones and an honest treatment of paint.

'Basically, the thing that I’m really striving for is to express the feeling I have about the subject, and sometimes I can put it down very quickly, and sometimes it takes me months and months of reorganisation of the shapes and colours and tones to get that feeling. When I’ve got that, that is as much as I can do'.
David Strachan, 1962

Strachan died prematurely at the age of 51 in car accident at Yass in November 1970. Despite his modest output, he was honoured posthumously with both a memorial (1973) and retrospective exhibition (1993). 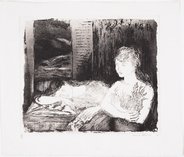