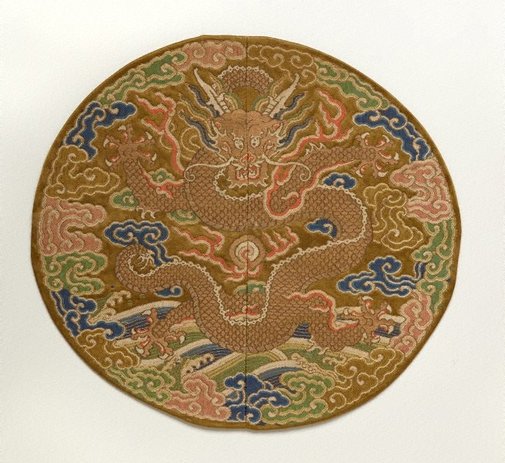 The background colour in the roundel is brown. The five claw dragon is surrounded by clouds of auspicious colours and rolling waves which have colour gradations. The most significant colours for high ranking members of the Imperial Family were 'yellow', followed by 'apricot' and 'brown'. The 1759 edict of the Qianlong Emperor stipulated that garments for the imperial family should have clouds of five colours as omens of happy augury. This theme has been taken up with this roundel with cloud forms of gold, pink, green, dark blue and borders of white.