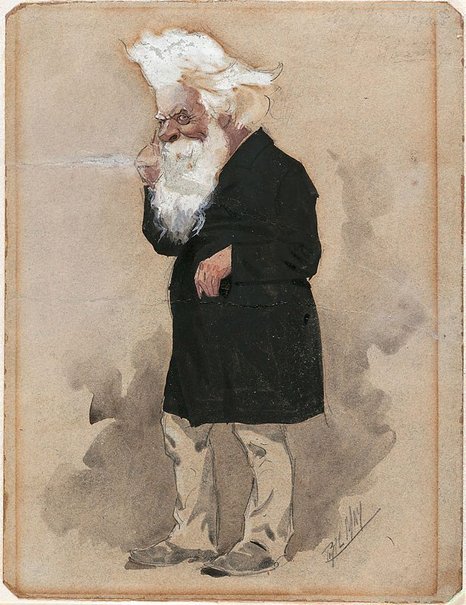 One of the best remembered of Australia's early politicians, Sir Henry Parkes (1815-96) was premier of New South Wales for the first of five occasions in 1872. He supported the causes of liberalism and anti-transportation, was party to ensuring free, secular and compulsory education in New South Wales and is known as the 'Father of Federation' for the key role he played in the Federation conventions of the early 1890s. He was not admired by everyone however – 'The bulletin' on 2 May 1896 described him as having '... the art of seeming great, yet no one could really remember, even at the zenith of his career, that he ever did anything in particular to deserve his reputation.'

Browse other works by Phil May

Phil MaySurrender on Headication (Caricature of Sir Henry Parkes) circa 1887223.1978