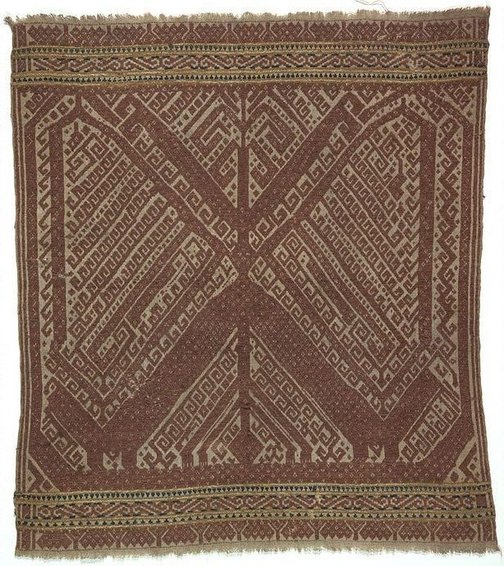 Tampans from the western and southern regions of Lampung characteristically have a broad band of geometric motifs at the top and bottom of each piece. The combination of red, blue, and yellow colours is also common in this region, though here, the red yarns are predominant and the yellow and blue are confined to narrow bands surrounding the scrolls also popular in the Kota Agung/Liwa area. The design is of a mirrored pair of mythical animals with connected tails standing in a boat with high prows at the base of the central section. They are bisected by a tree-form that may once have been a human shape. This elaborate shape connects with the tops of the boat’s extended prows. This tampan is very typical of the western region of Lampung.