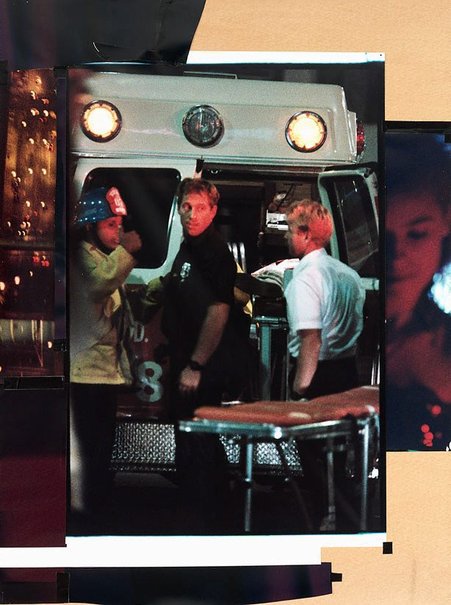 In the late 1980s Henson began to explore a new way of presenting his photographs. Instead of creating one work composed of sequential images, he 'internalised' these multiple elements into one picture. In 1987 he produced his first large-scale 'cut-screen', using the subject matter of the metropolis with its nightlife and violence, its cold neons and implicit despair. The beauty of these images is disrupted when they are cut; they are then pinned and taped onto plywood screens. Most of the works are composed of a life-size central image surrounded by fragments of other photographs, often taken at different times or in different locations.