Blot out the sun 2 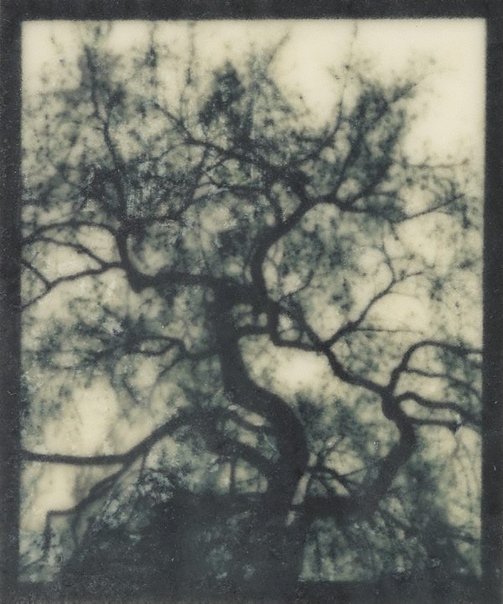 Since the Starn twins began photographing as teenagers, all their series have been conceptually and materially interrelated. The exhibition ‘Behind your eye’ 2004 which included a number of series, demonstrated the breadth of their scope and precise execution in exploring information networks. Trees, as in ‘Blot out the sun’, formed pictograms, like Chinese calligraphy, their branches dendritically carve out light from the sun. The tree completes the twins’ metaphor in its materiality. Through photosynthesis, the tree literally transforms itself from light into carbon. Carbon, most familiarly, is black. Black is the absorption of light. At once the work’s subject equals its medium: photography is the writing of light, and light is both the mode and meaning of this work.

In encaustic painting technique, used in ‘Blot out the Sun’, pigment and hot wax are applied to the surface of the artwork in this case an inkjet print, before a heating element is passed over until the brush marks ‘burn in’ to form a uniform colour. Before the wax dries, its surface can be reworked, stressed, or used to affix additional materials.

Doug & Mike Starn’s work has been exhibited worldwide for two decades, during which time they have received two National Endowment for the Arts grants (1987 and 1995). At the age of twenty-six, the Starn twins were hailed at the 1987 Whitney Biannual for the distressed physicality of their printed photographs. Creasing, tearing, scratching and taping-together prints – the twins contemplated the transience of the image, and the photographic truth it documented.