Ceremonial textile (tampan) with an abstract design and figures 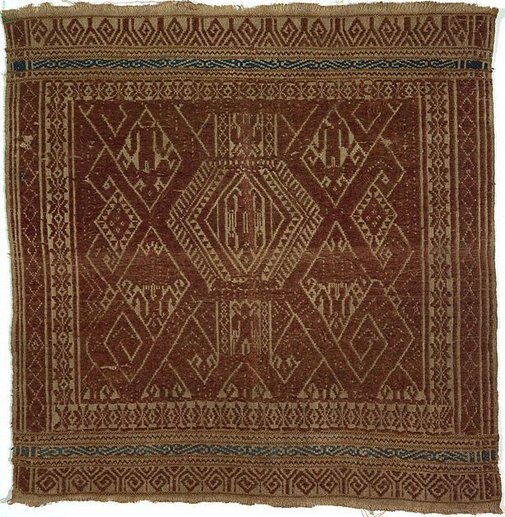 This tampan is characteristic of the Kota Agung and Liwa regions in southern and western Lampung. It has a rigid and simplistic design utilising few colours. Red and blue are the most common colours found on tampans from this area. The thick borders of floral and geometric motifs, some of which are similar to those on Indian patola trade textiles, are also common to the Kota Agung/Liwa region. The ubiquitous scroll pattern in blue further indicates this piece’s place of origin. The zig-zag and spiral patterns of the central panel are common on tampans.

Ceremonial textile (tampan) with an abstract design and figures