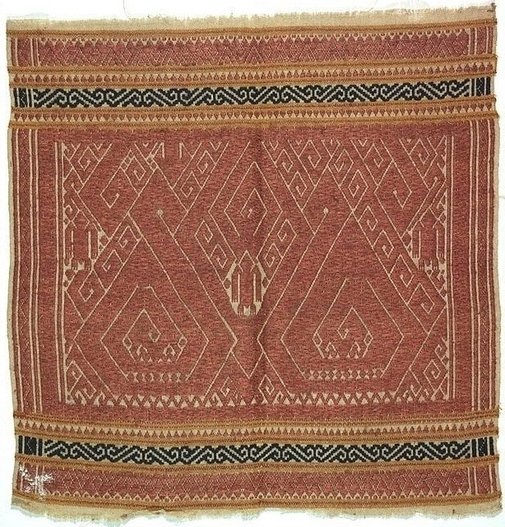 This tampan is a typical example of the Liwa/Kota Agung region style. It has thick borders of geometric motifs. The scroll pattern is picked out in blue and the two bands frame the central panel. Three stylised human males can be seen in the centre surrounded by key fret motifs and possibly two large, abstract 'nagas' (mythical serpents). The colours are also typical of the region and tampans generally.