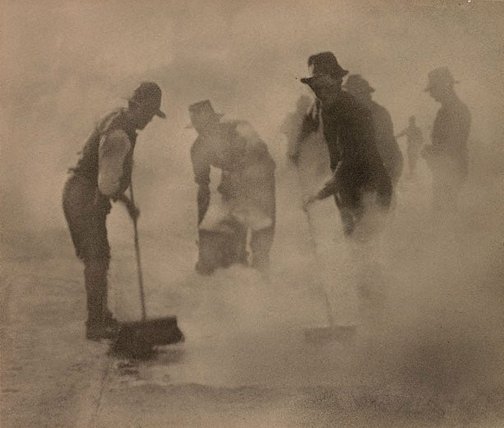 Peter Lawrence was born in England and moved to Australia at the age of 40. He became a pupil of Harold Cazneaux and in 1925 was made a member of the Sydney Camera Circle. On a return visit to England in 1926–27 he made important connections with prominent figures in the photographic world, such as F J Mortimer, editor of ‘Amateur Photographer’, and the photography critic F C Tilney. Tilney became an important figure for the Sydney Camera Circle, reviewing their work and eventually donating his own collection to them. Lawrence returned to Australia in 1928 and in this year was elected an associate of the Royal Photographic Society of Great Britain with Australian photographer Monte Luke. Lawrence relocated permanently to England in 1947.

This photograph was made in the year Lawrence became a member of the Sydney Camera Circle. Images of labourers at work were not popular with Australian pictorialists. This might suggest that Lawrence was influenced by his English heritage in making ‘Tar dressing (Rose Bay, NSW)’. Workers had regularly appeared in British photography ever since William Henry Fox Talbot first captured labourers on his estate in the early 1840s. This photograph, however, is probably more an exercise in tonal control using the bromoil process than a testament to the anonymous workers depicted. Tilney, who was a good friend of Lawrence, had advised:
‘Mists, steam, and smoke are well appreciated by photographers as mediums of pictorial effect. Sometimes the very flatness of their local tone, without much modelling by direct lighting, seems sufficient for pictorial purposes.’1

Browse other works by Peter Lawrence 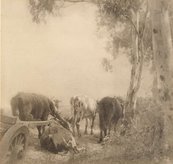 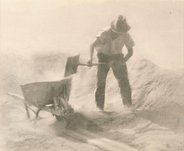