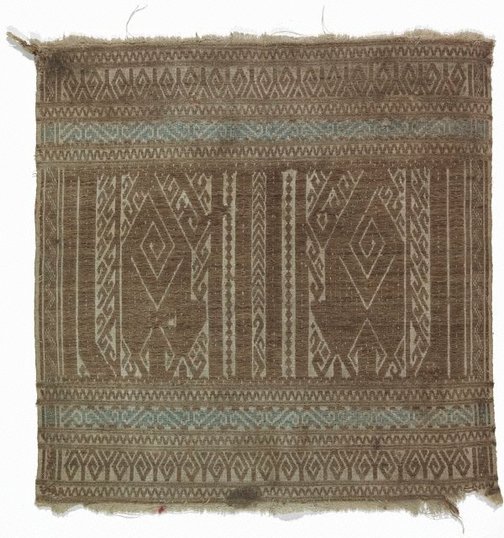 This tampan is a typical example of the Liwa/Kota Agung regional style. It has thick borders of geometric motifs. The scroll pattern is picked out in blue and the two bands frame the central panel. The central panel is composed of two sections filled with large-scale abstract designs that include a person beneath them.